Security ONE installs on Thursday; 5 arrested on Friday
July 28, 2017 – (Windsor, ON) The latest technology in video verification has resulted in the arrest 5 individuals within one day.
The former Nemak plant, a vacant property on Blackacre Drive managed by Samee Metals, has been the site of multiple recent multiple break-ins. Project Manager Roger Langlois says the concern is not so much with theft, rather with vandalism and break-ins. “It’s a huge safety concern as the vacant plant poses many physical risks and dangers,” he said. 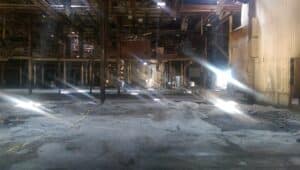 Security ONE Director of Marketing, Corey Robertson, says the revolutionary technology installed in the plant allows operators to see first hand what triggered a motion alarm. “Live video is automatically sent to the 24 hour-a-day Monitoring Station where an operator can instantly determine who, or what, caused the motion alarm to activate, and can then take appropriate action.”
Laglois says he and his company are impressed by the accuracy of the technology. “Security ONE installed the equipment on Thursday and we caught them [five intruders] on Friday around 3am. We’re very pleased with this system.” 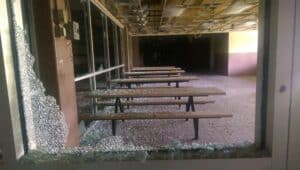 Robertson points out that video verification reduces false alarms, and helps catch more criminals. He says this is a significant resource for police authorities. “The operator is able to see that an un-authorized person has trespassed and can dispatch the police on a Priority 1 dispatch as a verified alarm,” he says.

The Importance of Security